Cinnamon Delights
with honey custard and orange cream
Ingredients:
Just Roll Ready Puff Pastry
Cinnamon
Honey
Custard
Double Cream
Orange (or whatever flavour you desire)
What to do...
Lay out the puff pastry and cut into strips
Generously sprinkle over cinnamon
Add a dash of honey
Roll each strip over into a spiral
Place into muffin/cupcake tray
(Or place into balls on a piece of parchment paper 2inchs apart)
Bake in the over for 10-15mins or until golden brown 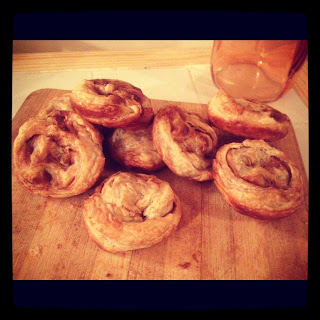 Add more sweetness by sprinkling over some sugar and place under grill under tops are caramelized.
There you have it, a delightful dessert in under thirty minutes.
Serve with Orange cream.
Whip double cream until thick, add the juice of half an orange
(or several drops of an extract/flavour of your choice) 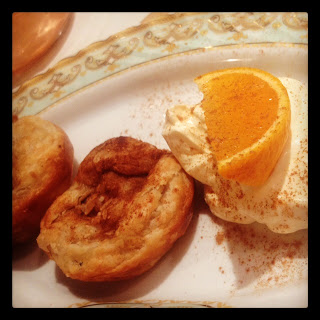 Or Serve with custard and a drizzle of honey! 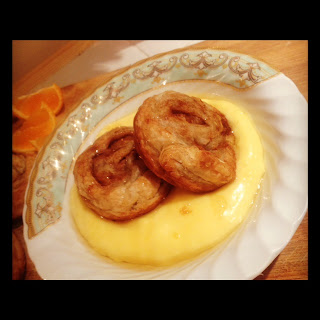 Posted by Della's Delights at 2:42 AM